Local sport is free and fun! 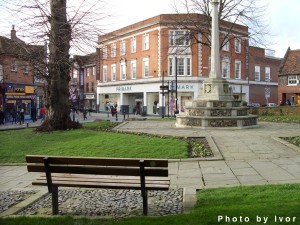 The weekend is here. Work is over for another week and it’s time for yours truly to unwind and relax after a hectic week.

Sadly it seems summer is over and rain with overcast skies are with us rather than nice sunshine.

With the cricket season drawing to a close the football seasons is just starting, indeed last weekend Wycombe Wanderers were in action again after the summer break. After winning their first match away at Newport County they are, at the time of writing, second in the league if only on goal difference.

There’s nothing I like more than going out and watching some exciting live sporting action. Being there experiencing the atmosphere and seeing events unfold is far better than sitting in a chair in front of a television set.

A few weeks ago yours truly went to Hampden Common to watch a local team play cricket. I must say it was a really pleasant experience. Naturally one went armed with a large picnic hamper filled to the brim with treats and goodies to tuck into a tea time.

Seeing the gallant players partaking in the fine art of village cricket and hearing the sound of leather on willow wile breathing in the fresh air was a most pleasant experience.

There were quite a few spectators there too. However considering the sporting event was free for all to watch with free parking as well I was surprised there weren’t more people in attendance.

Maybe the people of today are unaware than sports, like cricket, are still played on village greens?

I wonder if you were to stand in Wycombe High Street and ask passers by to name a local village cricket team how many people would be able to? In fact can I ask you, the reader of this blog, if you know the name of your local cricket team?

Years ago people people lived in the areas they and their ancestors grew up in but these days people move around so much. A true ‘local’ person with local knowledge is often hard to find now.

People may live in an area but these days do they hold any allegiance to the area in which they reside? Perhaps this could explain who more people don’t follow local teams these days?

Spectator attendance has also been on the low side with well known and well established teams like our local football team.

There’s more to life than sitting on an arm chair watching sport on TV. Being there seeing the players in reality is far better than anything the television can provide.

If you’re looking for something nice to do at the weekend why not pack a picnic and take a trip to somewhere like picturesque Bradenham, Holmer Green, Lacey Green, Cadmore End, Prestwood, Downley or Widmer End to see a nice cricket match?

Watching a local sporting event is far more exciting than staying at home in front of a TV. Not only will you get some fresh air but you may even meet and chat to some of local people who live in your area and make new friends too.

*If you do fancy going out to watch some cricket action this weekend a list of local fixtures can be found here.

*Don’t forget my blogs are published here twice a week on Tuesday and Friday evenings around 8pm.