Man, 29, pleads guilty to a burglary at property in Wellesbourne Road, High Wycombe 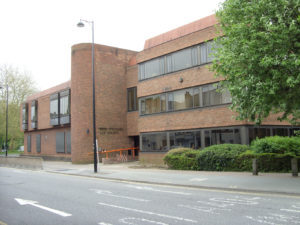 A 29 year old man has pleaded guilty to a burglary in High Wycombe following an investigation by Thames Valley Police.

Between 5.00pm and 5.30pm on Sunday 4th January 2015 the man broke into a first floor property in Wellesbourne Road, High Wycombe through the french windows on the balcony and stole a small safe containing cash.

The man, from Micklefield Road in High Wycombe, was charged on Wednesday 14th January 2015 with one count of burglary.

The man admitted the offence at High Wycombe Magistrates’ Court on Thursday 15th January 2015 and was committed to Aylesbury Crown Court for sentencing.

A date for the sentencing has not yet been set.

Week commencing Monday 19th April 2021 Transport for Buckinghamshire will be carrying out work at the following locations.