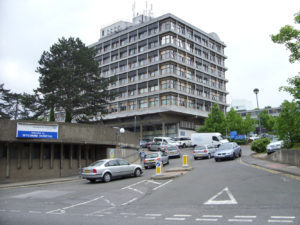 A 39 year old woman from Micklefield Road in High Wycombe has been charged with one count of affray and one count of criminal damage following an incident Wycombe General Hospital in which accelerant was poured over the floor.

The incident occurred on Tuesday 24th February 2015, the woman was arrested on Wednesday 25th February 2015 and charged by Thames Valley Police on the same day.