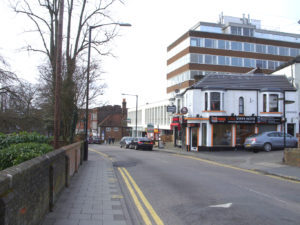 The assault, by a group of four men, took place at around 10.20pm in Castle Street near to the office of Tiger Taxis. The victim sustained facial injuries and was treated at hospital.

Investigating officer, PC Mark Palethorpe from High Wycombe Police Station, said: ‘This assault took place near to the town centre and left the victim with injuries to his face, nose and mouth.

We are urging anyone who witnessed it to please come forward. If you have any information, please call the 24-hour Thames Valley Police enquiry centre on 101, quoting incident number 43170076775.‘

If you don’t want to speak directly to the police you can contact the independent charity Crimestoppers anonymously on 0800 555 111. No personal details are taken, information is not traced or recorded and you will not go to court.

« Affordable homes and furniture hub to be created in Bellfield Road, High Wycombe
Man who threw a rock at a police officer’s head and bit his finger given 2 years imprisonment »