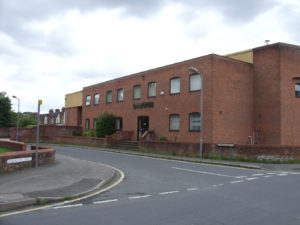 A man was punched and kicked during a robbery in Desborough Street, High Wycombe on Friday 11th August 2017.

At around 6.30pm a boy was walking along Desborough Street with his girlfriend. When they reached the SoundSorba building a group of men punched and kicked the boy from behind causing him to fall to the floor.

During the robbery the victim sustained bruising to the side of his face and around his eye.

The first offender is described as an Asian man, around 5ft tall, with no facial hair. He was wearing a dark navy hoody, navy tracksuit bottoms and a snood over his face.

The second offender is described as an Asian man, around 6ft 2ins, and of slim build. He was wearing a dark green military style top in camouflage, a black baseball cap, denim jeans and white trainers with a red tinge.

Investigating officer, PC Nico Aquino, of the Investigation Hub, based at High Wycombe said, ‘We would like anyone who may have witnessed the incident or has any information about this offence to come forward.

Anyone who recognises the description of the two men should contact the Thames Valley Police enquiry centre on 101.‘

Thames Valley Police are appealing for anyone who may have any information relating to this case to please call 101 quoting reference ‘43170238677’ or alternatively contact Crimestoppers anonymously.