A public consultation has been launched on a proposed £6.64m scheme to reduce congestion in London Road, High Wycombe.

The planned improvements on the A40 London Road will stretch from the Abbey Way junction by High Wycombe’s law courts to the M40 junction 3 roundabout at Loudwater.

Important to the £6.64 million scheme are improvements to five junctions and approaches along the three mile stretch of London Road. Residents, commuters and other road users will be asked for their feedback through a four week online consultation at www.buckscc.gov.uk/haveyoursay which ends on Friday 12th July 2019.

People can find our more about the scheme at a drop in exhibition to be held at Wycombe District Council offices on Thursday 20th June from 2.00pm to 8.00pm and information will be available at Wycombe Library throughout the consultation until Friday 12th July 2019.

Mark Shaw, Deputy Leader and Transport Cabinet Member, said London Road was an important route that attracted a high volume of traffic, which caused congestion and delay at peak times.

Engineers plan to tackle this by :

Mark Shaw said: ‘None of us likes to sit in traffic jams, unsure about when we’ll arrive. The aim of this scheme is to improve the reliability of journey times by reducing congestion and delay. That’s got to be good for residents, businesses and travellers alike.

The scheme harnesses the latest technology to enhance the co-ordination of traffic light sequencing to ease congestion. It also makes better use of the road capacity.‘

Pedestrian crossings will be upgraded with new and more efficient equipment, cameras will monitor traffic flows so that adjustments can be made to traffic control and variable message signs will provide drivers with up to date information in the event of incidents, such as M40 closures, crashes or broken down vehicles.

The proposed scheme has been funded with £2.51 million from the Local Transport Board and £4.13 million from a successful bid to the National Productivity Investment Fund.

Details of the proposed improvement works can be found at www.buckscc.gov.uk/A40LondonRoad.

The improvements in detail are as follows : 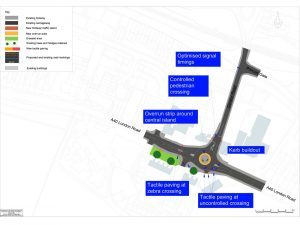 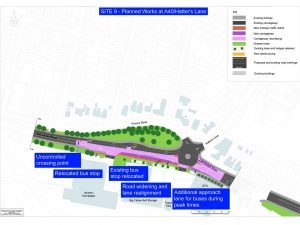 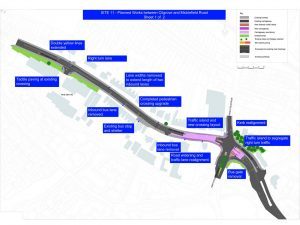 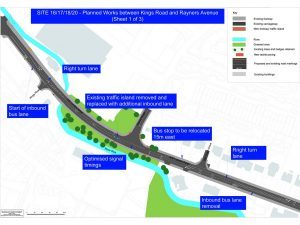 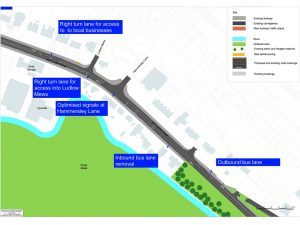 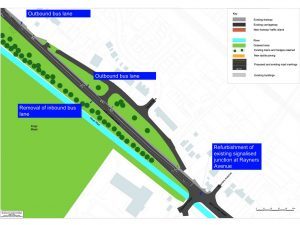