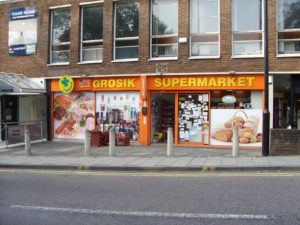 The reviews of premises licences resulted from a joint enforcement operation to off-licence premises in High Wycombe by officers from Trading Standards and HMRC.

The premises which have had sanctions imposed are :

All three decisions are subject to an appeal at the magistrates court which would need to be lodged within three weeks of the owners being informed of the decision.

The Grosik Supermarket in Castle Street, High Wycombe was subject to a second review application for similar offences within an eight month period. The first review, which took place in August 2014, related to a seizure of non-duty paid alcohol and tobacco/cigarettes which were found concealed in two hidden enclosures.

The August 2014 incident resulted in a three month suspension on the licence which became effective on Thursday 4th September 2014. A warning was also issues in relation to any further breaches of the premises licence.

However on Tuesday 24th February 2015 Trading Standards and HMRC officers visited the premises along with a tobacco detection sniffer dog. They discovered 409 packets of illegal cigarettes and 400 grams of rolling tobacco hidden in a shop light fitting and within the owner’s van.

The Panel have ruled to revoke the premises licence for the Grosik Supermarket in Castle Street, High Wycombe.

On Tuesday 24th February 2015, Trading Standards and HMRC Officers along with a sniffer dog visited the Best One in Desborough Road, High Wycombe and found a large amount of illegal alcohol and cigarettes/tobacco under the shop counter.

They seized bottles containing over 174 litres of alcohol none of which had duty paid on it together with 18 packets of illegal cigarettes and 15 pouches of tobacco.

In light of the evidence the Panel heard and given the quantity of products seized, the Panel ruled to revoke the licence for the Best One in Desborough Road, High Wycombe.

On Tuesday 24th February 2015 a quantity of non-duty paid alcohol was seized at the Best One Express in Bridge Street, High Wycombe following a visit by HMRC officers.

Taking into account the evidence and all the circumstances of the case the Panel ruled to suspend this licence for a period of three months.

Caroline Hughes, Head of Environment at Wycombe District Council said: ‘Breaches like this will not be tolerated by the Council. The revocation of two of these licences and the suspension of the third will hopefully send out a strong deterrent message to anyone doing or thinking about doing the same.

The terms and conditions of a licence, and the law, are there for good reason. They are in place to protect people, and combat the sale of illicit goods.‘ The results of the Buckinghamshire Council Local Elections 2021 have been declared.

Week commencing Monday 10th May 2021 Transport for Buckinghamshire will be carrying out work at the following locations.

Buckinghamshire Council and the Chilterns Conservation Board have raised serious concerns about the impacts of HS2’s tunnelling operations on Buckinghamshire’s aquifer and chalk streams.

Opinion : Should foreign holidays be banned this year?

It is possible that soon some form of foreign travel may be allowed following the recent lock down.

Police charge man in connection with a murder investigation in Aylesbury

A man has been charged by police in connection with a murder investigation in Aylesbury.

Queen’s Award for Enterprise awarded to three businesses in Buckinghamshire

The Queen’s Award for Enterprise has been awarded to three businesses in Buckinghamshire.