Boy, 16, attacked with hammer during GBH incident in Marlow 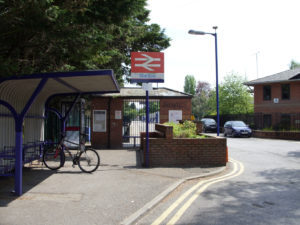 Two boys required hospital treatment after they were assaulted in Marlow.

During the altercation a 16 year old boy suffered a wound to his face and a broken jaw. after being hit with an unknown object.

Another of the boys, also 16, was chased into the industrial estate and assaulted with what is believed to have been a hammer causing cuts to his head.

Both the victims were taken to hospital and have since been discharged. No property was stolen during the incident.

The offenders are believed to be at least ten teenage boys aged between 14 and 17.

Investigating officer, Detective Constable Thomas Digby from High Wycombe Force CID, said: ‘These nasty assaults were the result of a disorder in which one group of teenage boys was set upon by another. Both victims were very lucky not to have been more seriously injured.

We have made one arrest and we are conducting a thorough investigation in order to identify others involved.

I would encourage anyone who witnessed the incident or has any information regarding them to call Thames Valley Police on 101 or speak to Crimestoppers anonymously, quoting reference 43170169258.

We would also like to hear from anyone with CCTV cameras in the Station Road, Riverpark Drive and Gossmore Lane area, and would ask residents in this area to check their gardens and keep an eye out for any discarded items that may have been used in the disorder.‘

A 14 year old boy from Holyport has been arrested on suspicion of assault. He has been released under investigation.

Thames Valley Police are appealing for anyone who may have any information relating to this case, please call 101 quoting reference ‘43170169258’, or contact Crimestoppers anonymously.

A Peloton concession is to open in the High Wycombe branch of John Lewis & Partners on Thursday 24th September 2020.

A couple from Flackwell Heath have been caught by fly-tip surveillance cameras.

A man was injured following a collision involving two cars in Booker during the afternoon of Tuesday 22nd September 2020.