Man charged with attempted murder of a police officer in Aylesbury 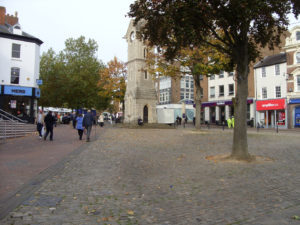 A man has been charged with the attempted murder of a police officer in Aylesbury.

At 3.18pm on Tuesday 13th February 2018 police received reports that a red Vauxhall Astra had collided with a police officer in the Market Square, Aylesbury.

Following the collision the vehicle failed to stop and was later located in Osier Way, Aylesbury however there was no driver or passengers in the car.

The police officer, who was in plain clothes and on-duty at the time of the collision, was taken to hospital with head injuries. He has since been discharged from hospital.

On Thursday 15th February 2018 a 27 year old woman from High Wycombe was also arrested in connection with the incident on suspicion of assisting an offender, however she has since been released under investigation.

On Friday 16th February 2018 two men, aged 23 and 25, both from High Wycombe, were arrested on suspicion of attempted murder in connection with the incident in the Market Square, Aylesbury on Tuesday 13th February 2018.

Police are continuing to appeal to anyone who may have information about the incident, including mobile phone or dashcam footage, to please contact police immediately by calling police on 101 and quoting reference number 747 (13/2).