Man, 19, stabbed and woman, 25, punched during assault in High Wycombe 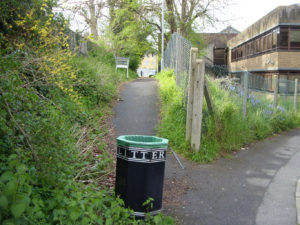 Following an assault in Wycombe, during which a man was stabbed and a woman was punched, an appeal for witnesses has been launched by Thames Valley Police.

On Thursday 21st April 2016, at around 1.00am, a 19 year old man and a 25 year old woman were walking along the alleyway which runs from West End Street to Rutland Street in High Wycombe.

Four men approached them and one of the four asked the man to hand over cash. When the 19 year old man refused all four men assaulted him and he sustained stab wounds.

The 25 year old woman began to scream and one of the men punched her. The assailants then ran off.

The 19 year old man was taken to the John Radcliffe Hospital in Oxford for treatment, he has since been discharged. The woman sustained minor injuries.

The offenders are described as black, all were all wearing hooded tops or hooded jackets. Three of them were slim, one of them was stocky. They ranged in height from 5ft 6ins to 6ft.

Police have arrested a 13 year old boy from High Wycombe on suspicion of attempted robbery and GBH, he has been released on police bail until Friday 27th May 2016.

Anyone with any information about the incident should contact Det Con Purewal the 24-hour Thames Valley Police enquiry centre on 101.